The Path to Health and Wealth is Colored Green 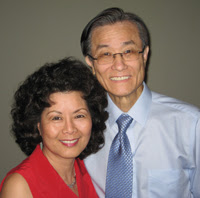 Jackson and Juliet Ger are testimony to the message of health and wealth.

Juliet remembers some twenty years ago when she and husband Jackson began their rise to Chairman's Club.

To help with some health challenges, they joined AIM in July 1989. Five months later they were Directors. Within that year, they were wearing Star Sapphire, Royal Emerald, and Blue Diamond pins.

In October 1991 they were inducted into AIM’s Chairman's Club, the company’s highest level of financial achievement.

Here is their AIM story. Jackson particularly was battling some health issues. One son experienced terrible allergies each spring, while another son had acne issues. Juliet found herself fatigued from her graveyard shift at the bank.

But the shocker for her came when her sister from Virginia visited them in Texas.

"I remember Jackson asked her to take care of me and our children if something happened to him. I was stunned by his request and shocked into action."

Jackson was working long hours in his jewelry business, traveling a lot, and consuming a poor diet.

The Gers had immigrated to the United States from Taiwan in 1978. Jackson was determined to make a success of his business. He was suffering from ulcers, severe anemia, allergies, bloody stools, muscle cramps, and was not sleeping well.

It became Juliet's mission to research something to help him with his health challenges.

The search took them to Chinese herbalists in California, lots of health reading by Juliet, and to planting and consuming wheat grass. She grew the grass in flower pots on the window sills in their home.

"He began to feel better," recalls Juliet, "although there was no significant improvement in his health. Nothing we did was enough to fight the combination of his stressful schedule and poor diet."

Juliet was communicating with friends, looking for some kind of magic bullet.

"One friend, during a visit to California, saw a jar of green powder on her sister's kitchen table. When she found out it was barley powder, she naturally thought of me and my wheat grass. She brought some jars back to Texas."

It only took a month for the barley grass from AIM to make a difference.

Jackson began sleeping better and his skin regained its color. The son with allergies could breathe freely in the spring. Juliet’s energy level was boosted.

The son with the complexion issue witnessed its clearing. In fact, says Juliet, the son with the acne issue, who at first refused to consume a green powder, "began warning us when we were low on jars."

Now convinced she had found something natural that really worked, Juliet began "introducing AIM to my friends, hoping every one of them could experience their own benefits in health."

The lady who brought the barley to the Gers was Loretta Shu, AIM Blue Diamond Director at the time but today a member of the Chairman's Club.

"Loretta showed me AIM’s marketing literature and encouraged me to develop my own business."

It was pretty much thanks, but no thanks, says Juliet.

"I was very grateful to her, but my husband's health, my kids, and my bank job were plenty for my plate."

Then she began to hear back from friends. The barley was helping them and could they get more from her. So she signed them up as Members, so they could receive discount pricing.

The first check she received from AIM was for $27. She thought it was a gimmick of some kind. She didn't cash it.

Then the next month came a check for $60.

The next month another check arrived from AIM, this time for $400. That was it. Something wasn't right, so Jackson called AIM to get to the bottom of this.

"AIM courteously told us the checks were real," says Juliet.

The next month, a check arrived for $1,600. That really got Jackson’s attention. He began reading the AIM literature on the products and studied the marketing plan.

Then came the clincher, a check for $4,000 from AIM and two tickets to attend the AIM convention in Hawaii.

"I began collecting and relaying testimonials among my friends. I didn't realize we were developing a business, but apparently that's what sharing great news with friends can be," explains Juliet.

"We developed our own literature in Chinese, invited friends to our home, and even organized tours across the country to spread the news. After one year, our income from AIM was sufficient to retire both of us from our jobs and commit fully to AIM. We became the first Chinese Chairman's Club Directors."

Fast forward some twenty years to the present. Jackson went into the financial services business as well as working the AIM business, but is now retired. During his time in financial services, he saw two recessions, but the current one, he says, is beyond what he has seen in the past. This one he describes as a "financial tsunami."

So it was that during the 2008 holidays, the Gers had a talk.

"Throughout all these years our bonus checks always arrived on time. We know that a stable income stream is important to people, especially in these economic times. And that no one can be pardoned from old age and from sickness. We know that the health and wealth benefits of AIM are more important than ever."

Juliet says too many "rely on drugs and surgery to maintain their health and a great many others simply ignore the fact that prevention is the best medicine of all."

So the Gers are back at it, back working their AIM business like they once did. As they did in the 1990s, they are building their AIM presentations around their belief in the Healthy Cell Concept®, that true health begins at the cellular level.

They concentrate their efforts in the Chinese community and with Baby Boomers. They are looking forward to attending the AIM convention this year to renewing old acquaintances and making new AIM friends.

Juliet explains: "Out of gratitude, for our own health, for compassion, we again want to journey on that green, hidden path to health and wealth. Although times and circumstances have changed, we know we are not alone in wanting to embark on this journey." 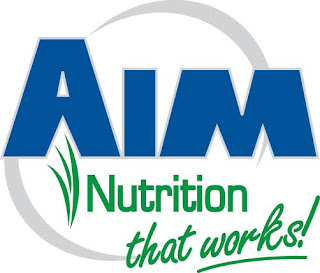 Testimonials should not be construed as representing results everyone can achieve. Nutritional supplements from The AIM Companies™ are not intended to diagnose, treat, cure or prevent any disease. Results may vary per person.