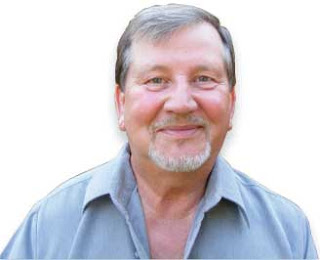 When it comes to relieving the pain of rheumatoid arthritis, the whole-food concentrate BarleyLife® proved to be the answer for Christopher Hancock, who was diagnosed with this debilitating form of arthritis back in 1985.

At that time, Christopher had no idea how much this disease would affect him and his family. Severe pain, joint deformity, and fatigue eventually required that he quit his job in 2000.

His pain was alleviated by medication, but over the years Christopher had to try different drugs after a drug stopped being effective.

"Doctors warned me that everyone and their uncle would try to make me better through some ancient formula or secret that had been handed down through their families," says Christopher. "Well, when you are in severe pain, you try other things, and I tried several, which always ended in disappointment."

In 2006 a good friend of Christopher, Ken Campbell, gave him a couple of free canisters of BarleyLife®. "To be honest," says Christopher, "I thought, oh well, here we go again, another secret formula that will have me dancing in the streets."

At first he did not notice any great improvements and was ready to stop taking BarleyLife®. It was suggested that Christopher give it more time. This is the case with many severe conditions and natural medicine - it can take time to feel the health improvements.

After about four or five months, Christopher noticed his energy level was up and his pain level was down. "I also found that I was sleeping better," he explains, "With less pain, I didn't wake up every time I had to turn over in bed." Rest allows the body to repair itself. Christopher also found that he could go shopping and be on his feet for four to five hours.

And things got even better.

"In 2008, I built a forty-five-foot-long wooden fence in my backyard, practically all by myself. Before BarleyLife, I could barely pick up a hammer," says Christopher. "Now I'm not saying that BarleyLife is a miracle remedy for everyone, I can only tell you about my experience and how much it has relieved my pain and improved my energy levels."

You do not have to suffer. The AIM Companies™ provides natural solutions to help relieve arthritis and more.

P.S. BarleyLife® is for people who believe nutrition matters. To learn more about this nutrient-dense green powder for kids and adults, Click Here.