LeafGreens™ Can Play a Role in Vision Health

Lutein is a relatively new term in the natural supplement industry. New maybe, since it has only gained notoriety since the mid-1990s, but its benefit is increasingly important to an aging population.

Lutein is an antioxidant and is valuable for blue light absorption. What does that mean? Macular degeneration is the leading cause of blindness for persons age fifty and older. The macula is a small area of the retina responsible for central vision and clear, sharp eyesight. Blue light, found in both indoor lighting and in sunlight, is thought to play a role in oxidative stress and free radical damage to the eye.

An estimated 220,000 people in the United States are diagnosed each year with some form of macular degeneration; ten percent of the cases are referred to as wet degeneration, ninety percent dry degeneration.

Wet or dry, it is not good news for a Baby Boomer population. Cases of it are uncommon in those age 40 or less. Worldwide, an estimated 30 million people currently have macular degeneration with some demographers predicting that the rate will triple by 2025 due to an aging population. If you have a family history of macular degeneration, there is a 50 percent risk increase of contracting it. Some 10 percent of those ages 66-74 have a form of the disease, the figure climbs to 30 percent for ages 75-85.

But there is some good news. A 2007 study conducted by the National Eye Institute concluded that one effective means of protection against macular degeneration is lutein. While more study is needed, generally it is thought that 6 mg of lutein per day can produce positive effects. One researcher estimates that when the testing is complete, daily lutein intake of 8-15 mg will be recommended.

Well, guess what? Lutein most commonly comes from fruits and leafy green vegetables. What is the ultimate leafy green product on the market today? Only The AIM Companies™ has it…LeafGreens™. This powerful combination of the leaves from barley, spinach, field pea, and faba bean contains nearly 5 mg of naturally occurring lutein per serving.

In addition to macular degeneration, cataracts - a clouding of the lens of the eye - are a challenge for older people. In two studies comparing low levels of lutein intake to high levels, those with higher intake amounts of lutein experienced a 20-50 percent lower risk of getting a cataract.

Understandably, vision problems are a concern for an aging population. Robert Ianson is from Dade City, Florida. He will take whatever help he can receive from The AIM Companies™:

"My wife, Mable, and I have been taking LeafGreens since July 2008 and we have taken Just Carrots, Proancynol 2000, GinkgoSense and Cellsparc 360 for several years.

"When my driver's license was up for renewal, I was required to have my vision checked. The clerk asked me if I needed glasses to read the chart and I told her that was not necessary, so she checked my vision without my glasses and I passed with flying colors. I must tell you that my vision in the left eye had retreated some and the glasses did help, but I have noticed that my vision has improved some and I am even doing my Bible reading without glasses. I teach my grandchildren in home school two days a week, and have noticed that I do not need glasses to do my studying.

"I cannot say that definitively the LeafGreens is solely responsible for the improvement, but it has greatly helped."

LeafGreens™ is the juice powder of several nutrient-dense, green leaves. It is a one-of-a-kind whole food supplement. To learn more, Click Here. 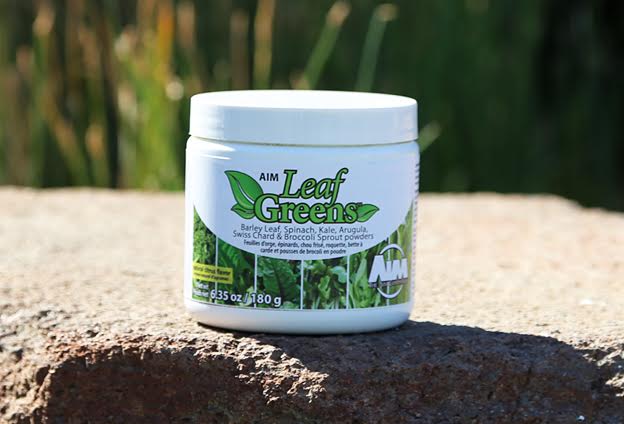 Note: Testimonials should not be construed as representing results everybody can achieve. Results may vary per person.