The First and Largest Distributor of Green Barley Grass 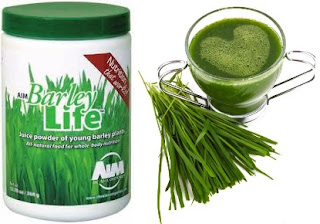 It all started thirty-three years ago, with the idea to sell and distribute green barley grass.

What's amazing is how unique that idea was back then.

The idea existed in a world where absolutely nobody sold or distributed whole-food juice concentrates made from living green barley grass.

And it was this singular, unlikely and bold idea that The AIM Companies™ was founded on, making us the first and largest distributor of green barley grass in the world.

In its thirty-three years, BarleyLife® has remained pretty much the same.

Sure, the packaging changed over the years. Some of you may recall the glass jars with the red lids or the different labels we've used, but these were all small, aesthetic changes. The only real difference has been the increase in the nutritional density of BarleyLife®.

Even the cost has remained relatively constant.

How many products and services out there can boast an increase in quality, while having a decrease in price?

Today, there are a few other companies peddling their barley grass products, but these Johnnycome-latelies do not compare to BarleyLife®. Some of our competitors sell dried green barley grass, the equivalent to drinking milled grass clippings. We've spent thirty plus years perfecting the process of cutting, juicing, spray-drying, and vacuum-sealing the plants minutes after they are harvested. 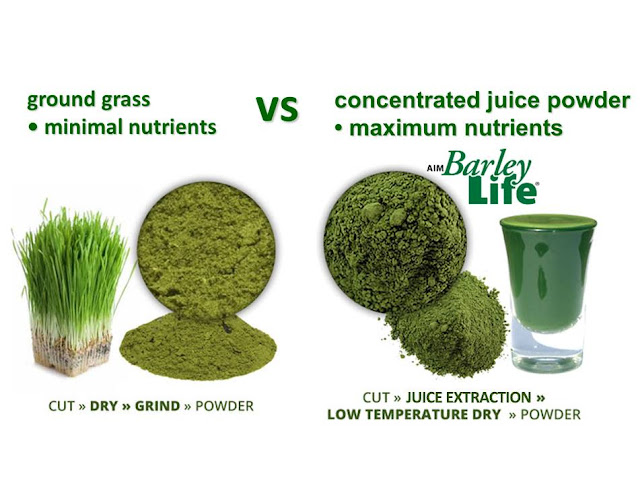 We've sold over forty million servings of BarleyLife®. That's an approximation, because over the years even the way that servings were measured have changed. It used to be we could measure by the spoonful - which is realistically the best and easiest way to measure - but now we measure by weight. (Although how many of us have ever weighed our juice powders?)

We've also sold capsules and caplets of BarleyLife® that have varied in size and nutritional density. The point is, we've sold a tremendous amount of BarleyLife® in many forms to multitudes of people.

But it wasn't us selling these products. It was you, the AIM Members who sold them door-to-door, at meetings, and over the phone. AIM has paid out over $600,000,000 (U.S.) in commission checks.

Today, many of you are selling them through the Internet with the help of social media sites like Facebook and Twitter. Some of you might be talking to your downline through Skype or FaceTime.

No matter how much the technology changes over the years, the value of BarleyLife® has remained constant. You’ve all brought BarleyLife® to the people, helping them get the nutrition they need when they needed it. You’ve fostered hundreds and thousands of healthier lifestyles. For over three decades, you’ve been ambassadors of goodwill and good health. We hope you are as proud as we are.

Here at AIM headquarters, we've received over 100,000 testimonials that have shown how a simple idea thirty-three years ago has changed the lives of millions and has ultimately changed the world.

To learn more about the power of young barley grass, Click Here.