Three essential, friendly bacteria that support a healthy intestinal tract as well as a well-functioning digestive system can be found in FloraFood®.

Did you know friendly bacteria can also benefit weight loss?

It's almost too good to be true. Not only do the friendly bacteria in FloraFood® carry the benefits of a well-balanced digestive tract, they also may have positive influences on weight loss, according to a Japanese research team.

In their novel study, the Japanese group of researchers focused on the anti-obesity effects of lactobacillus gasseri, one of the three friendly bacteria - along with Bifidobacterium bifidum and Bifidobacterium longum - found in FloraFood®.

The results, published in the European Journal of Clinical Nutrition, were striking.

Eighty-seven individuals with high Body Mass Index (BMI) scores and increased abdominal fat were split into two groups. One received milk fortified with the probiotic, lactobacillus gasseri and the other received milk with no probiotic fortification.

After twelve weeks, the probiotic group showed a decrease in abdominal fat and subcutaneous fat by an average of 4.6 percent and 3.3 percent, respectively.

Among the group that did not receive the probiotic, no significant differences were noted.

The metabolic effect of lactobacillus gasseri was clearly evident in this study. Researchers believe lactobacillus gasseri’s impact on weight loss may be due to its intestinal anti-inflammatory properties and its maintenance of a healthy digestive system, two factors that can contribute to preventing body fat.

Digestive health has always been a calling card for FloraFood®. The combination of lactobacilli and bifidobacteria counteracts the unfriendly bacteria in the gut, aids in the digestion of lactose and protein, cleans the intestinal tract, and purifies the colon.

The benefits of friendly bacteria extend even to immune response, vitamin production, healthy cholesterol and triglyceride levels, and protection against toxins.

You can add weight loss to the list also.

P.S. Digestive problems are the number one health problem in North America.

One way to help maintain digestive health is to take care of your intestinal flora - the billions of bacteria that make the digestive tract their home. 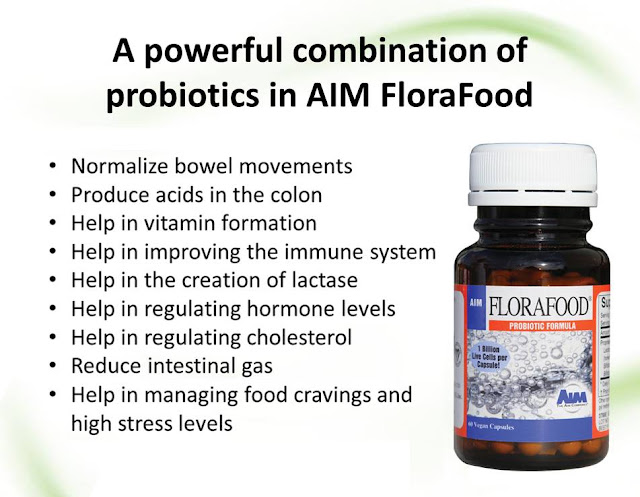