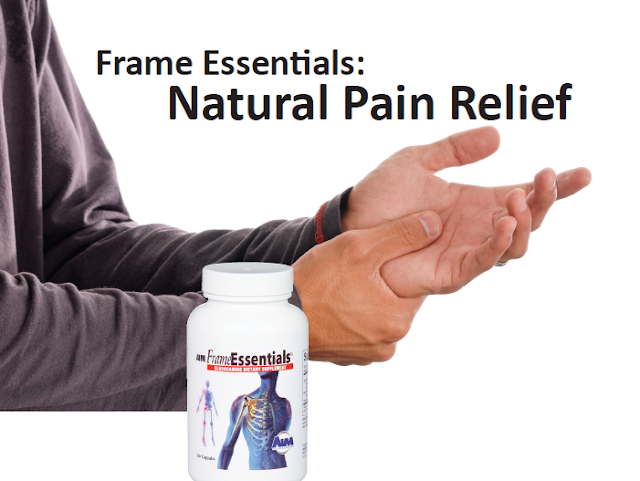 Pain is instantly recognizable, but can be hard to describe and define, because it can vary in duration and severity.

However, pain does have three major classifications:

Nociceptive is the most common type and is associated with the classic manifestations of inflammation: pain, heat, swelling, and redness. Arthritis is a form of nociceptive pain but is unique in that it can persist indefinitely.

Arthritis is not a single disease, but a term that includes over one hundred unique medical conditions. The U.S. National Library of Medicine says common indicators of arthritis are pain, stiffness, and difficulty moving about.

Osteoarthritis is the most common form of the affliction, affecting nearly twenty-seven million adults in the U.S., though osteoarthritis is sometimes called non-inflammatory arthritis, (rheumatoid being its opposite) it still causes inflammation due to wear and tear.

Three all-natural ingredients that may help to relieve the inflammation commonly associated with arthritis and other types of nociceptive pain can be found in Frame Essentials®.

Boswellia Extract
There is growing body of evidence that boswellia extract has anti-inflammatory properties. A small study published in Phytomedicine found osteoarthritis sufferers who supplemented with boswellia extract saw greater improvement in knee mobility and walking distance, when compared with those who were taking a placebo. The participants also reported a significant reduction in knee pain. Additionally, two further studies on rheumatoid arthritis patients reported boswellia relieved their symptoms.

MSM (Methylsulfonylmethane)
MSM is thought to deliver much-needed sulfur to the joints, strengthening their tissues. The MSM Advisory Board has said “cartilage integrity is a sulfur-dependent state.” Studies have shown MSM relieves pain associated with osteoarthritis and has also shown promise as an anti-inflammatory compound in lab tests done on animals.

Glucosamine
Glucosamine is commonly found in the body, but as people age, their glucosamine levels drop. This can cause the joints to wear out. There is evidence glucosamine supplementation may reduce the deterioration of the joints caused by the aging process and may also ease osteoarthritis pain.

There are no major food sources of glucosamine, so this makes Frame Essentials® especially essential.