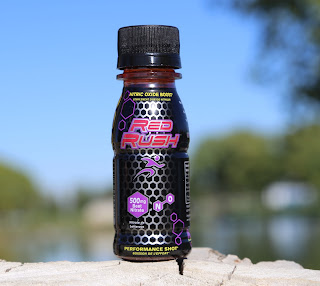 If you’ve been following college sports for the last few years, you may have noticed more and more teams are using beet juice to increase performance.

This is because numerous scientific studies have found the dietary nitrate in beet juice is a precursor to the signaling agent nitric oxide which causes vasodilation (widening of the blood vessels).

That means more blood gets to the skeletal muscles and the beet-drinking athlete gains a boost in endurance, oxygen uptake, strength and reaction time.

Most leafy green vegetables contain dietary nitrate, but beets are probably the most palpable.

Would you even consider drinking arugula or rhubarb juice?

However, raw beet juice has an earthy, sweet taste that some enjoy, but the unique flavor has been unable to captivate the taste buds of the masses.

Many athletes have even gone on public record saying how much they hate the taste of beet juice.

From the Los Angeles Times on the USC basketball team and beet juice:

"Martin isn’t forced to drink the juice, but he eats more pistachios and spinach and gulps plenty of Powerade before games."

"The others stick to beet juice as often as they can."

"The worst thing in the entire world," said Auburn tight end C.J. Uzomah. "It is nasty."

Here are three quotes from a Texas paper:

"I have to hold my nose," center Taylor Doyle said.

"I took a sip of it once and I can't do it," safety Mykkele Thompson said. "Nasty."

If you’re an athlete, you don’t have to drink yucky tasting beet juice. You can instead drink Red Rush™.

Red Rush™ is mixed with cherries and lemons, giving it a smoother taste. It has a nice, pleasing flavor.

It also contains the most dietary nitrate per serving of any commercial beet juice.


To find out more about Red Rush™, Click Here.