"After I followed her instructions for two months, the lump is completely gone." 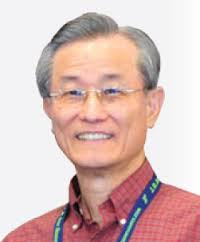 "I have always been sick as far back as I can recall.

During the winters, I could recover from colds in a week or two, but I could not shake the coughing for months.

At social outings, I was regarded by friends as calm and quiet, but truthfully my lungs just didn’t allow me to talk much.

By age forty, I suffered from severe fatigue, insomnia, ulcers, allergies, and hemorrhoids.

Around this time, I had my first brush with death. My son found me in my bedroom doubled up and prone on the floor, gasping for breath between groans.

I had a perforated ulcer and waste from my duodenum was leaking into my abdomen.

He saved my life that day by speeding me to our family physician.

Not long after this, my wife introduced me to the green barley powder from AIM. After taking it for just a few months, I experienced a significant improvement in my health.

In May 1999, we moved away from Texas. One week after hauling our things to Palm Desert, California, somehow, ridiculously, I caught a cold amid the triple-digit desert heat.

I thought I was about to die as a pain in my leg kept getting worse.

The next morning, my wife, Juliet, rushed me to a clinic. I was more interested in getting treatment for the pain in my left leg. I figured it would be nice to get something for my cold and fever too.

When the physician saw me, he told me I needed to go to emergency room. He was afraid I might drop dead. My hemoglobin at that time was only one-third of the normal level of a healthy person and I was deathly pale.

I had the whole nine yards of laboratory work done. Then I was transferred to an ordinary room for a head-to-toe examination.

After a hematologist finished his tests, the results showed seventy-five percent of my bone marrow was malfunctioning.

Immediately the doctor started me on a seven-day cycle of chemotherapy, radiation treatment, and CAT scans. The treatment did kill some cancer cells in my bloodstream and eliminated some small tumors in my lymphatic system.

One of these tumors was pressing against some nerves in my left leg, causing terrible pain.

When the doctor was confident that I was out of immediate danger, she released me from the hospital and let me rest for one month, before going on to the next cycle. Life was uncomfortable, but tolerable at this point.

After two treatments, eighty percent of my hair fell out. Ulcers also formed in my mouth and made it hard to eat. I often vomited. Sleeping was difficult, elimination very irregular. I reluctantly spent most of my nights reading at home.

To combat these side effects, Juliet gave me three-tablespoon servings of BarleyLife four times a day, along with Herbal Release, Just Carrots, RediBeets, and other juices.

Because of the mouth ulcers, most of the food I ate was in liquid form. Life was miserable.

Before the fifth treatment, we added a Cell Wellness Restorer soak, in addition to our daily nutritional regimen. Miraculously, all adverse effects of the drugs were reduced.

After the final treatments, the assessment showed seventy-five percent of the cancer cells in my bone marrow had been killed, with only three percent remaining.

Per medical determination, when cancer cells shrink down to below five percent, it is considered a total remission.

The latest official numbers on cancer and aging, from the Department of Health, indicate that if you are age fifty-five, you are ten times more likely to die of cancer than when you were thirty-five.

At age sixty-five, cancer death is twenty times more likely, and by the time you reach seventy-five, your risk of cancer death mushrooms to forty times higher.

At eighty-five, should you be lucky enough to live that long, your risk is sixty-five times higher.

Probably for this reason, fifteen years after remission, a lump, a half an inch high, grew from my neck. This past May, I showed it to my long-time "personal angel," Opal Wright.

After I followed her instructions for two months, the lump is completely gone. I continue taking this amount today.

Can you imagine the feeling of someone who lost his freedom for many decades and one day he was released from jail to enjoy life again with his loved ones?

Life is precious and full of blessings. People don’t need to wait until they are on their deathbeds to see the angels around them. They’re around us in our daily lives.

I am so grateful to The AIM Companies for their continued drive towards better health for everyone, with nutritional products that work." - Jackson Ger, Palm Desert, California

P.S. BarleyLife® is for people who believe nutrition matters. To learn more about this green superfood, Click Here.