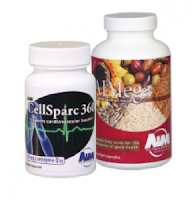 The heart requires an enormous amount of energy to beat over a lifetime, so sufficient amounts of CoQ10 are vital for staying alive.

Although CoQ10 is naturally produced by the body, the aging process reduces levels of this crucial nutrient. Daily supplementation of CellSparc 360® increases CoQ10 levels.

Medical science is often slow in legitimizing the effectiveness of nutrients that AIM has offered for years, and such is the case with CoQ10 for heart health benefits.

The conclusion of a 2013 study cited in the European Journal of Heart Failure determined that patients with chronic heart failure should use CoQ10 as a part of their maintenance therapy.


… These results are guideline changing, making a strong case for CoQ10, a natural substance that’s virtually without side effects, to be considered as part of the maintenance therapy for all patients with chronic heart failure. CoQ10 (also known as ubiquinone) is a vitamin like substance … and generates energy in the form of ATP. (the website of European Society of Cardiology [27 May 2013])

Of course, research by The AIM Companies™ indicated the addition of palm oil tocotrienols, which help reverse blockage of the carotid artery, reducing the risk of arteriosclerosis and stroke.

Both CoQ10 and tocotrienols are fat-soluble, so AIM included pure fish oil in the CellSparc 360® formula to enhance bioavailability and to add heart-healthy omega-3 essential fatty acids.

roviding another source of omega-3, AIMega® is natural health product that you can also take to heart on a daily basis for overall wellness. Omega-3 essential fatty acids cannot be produced by the body, so dietary intake is vital for good health.

The organic seed-oil source in AIMega® is flaxseed, a plant-based omega-3 that WebMD reports to “help the cardiovascular system through several different mechanisms, including anti-inflammatory action and normalizing the heartbeat.”

Flaxseeds also provide the richest dietary source of lignans. The Linus Pauling Institute specifies that “Diets rich in foods containing plant lignans have been consistently associated with reductions in risk of cardiovascular disease.”

AIM takes your well-being to heart by providing high-quality, natural health products that are effective in keeping you and your heart in good health. 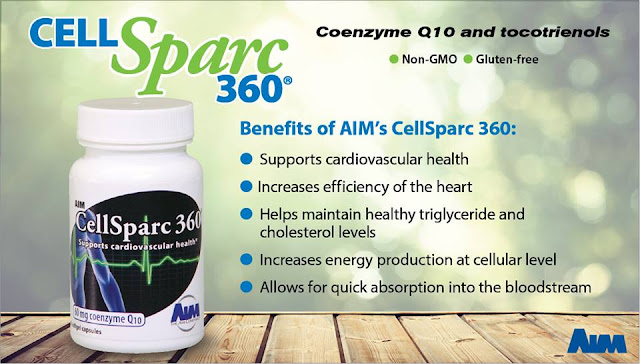