The Story of Dr. Yoshihide Hagiwara 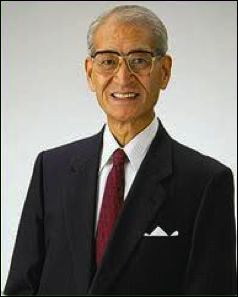 Barley grass is the plant of choice for dense nutrition. Through the struggle of a man with poor health, as well as a desire to help others, the benefits of green barley grass were revealed.

Dr. Yoshihide Hagiwara, a scientist and research pharmacologist, was at one time the owner of the largest drug maker in Japan, Yamashiro Pharmaceutical Co., Ltd.

However, by thirty-eight years of age, due to poor diet and exposure to chemicals in his work, he lost his health.

While trying to regain his health, Dr. Hagiwara discovered the pharmaceuticals his company was producing were ineffective. He realized many of the products his company produced actually harmed the health of others.

In despair, Dr. Hagiwara stated, "We have all gone astray in the quest for solutions where they cannot be found."

He abandoned modern medicine and was determined to give back to mankind that which he had taken away.

The quest by Dr. Hagiwara was to find “the most perfect single source of health.”

In his book, "Green Barley Essence", he tells how he “collected and analyzed leaves from every vegetable or grass available, if they were green at all. He then narrowed down his research to one hundred and fifty kinds of green-leaved plants.”

After years of research on these plants, he discovered the juice of young green barley plants had the greatest number of nutrients of any of the green plants and grasses he had examined.

From his research, he concluded the "green leaves of barley plants contain the most prolific, balanced supply of nutrients that exists on earth in a single source."

Having found this source of dense nutrition, Dr. Hagiwara worked hard to get the barley into a form that would be easy for people to use. He needed to find a process that would not destroy the valuable nutrients of the powerful leaves.

After many trials, Hagiwara was able to get the green barley leaves into an easy-to-use powdered form.

After twenty-five years of research and development, his vision and desire became a reality. He received thousands of letters from people whose health had been improved and his hope for mankind was answered beyond his own expectations.

Many were helped who had given up hope of receiving benefit from traditional methods of treatment.

That was over thirty years ago. The power of barley grass has not changed, but new technology has improved the availability and quality of the nutrients hidden in its leaves.

With the same passion as Hagiwara, Dennis Itami also had a vision and mission to fulfill. Itami is the founder of The AIM Companies™, the largest producer of green barley juice powder in the world.

A farmer by profession, Itami understands the nutritional benefits of whole foods. He also understands the value of a quality whole-food concentrate and continually strives to reach the highest quality.

Through his work, he has attained standards unmet by other green powder manufacturers. These high standards have made it possible for him to accomplish his mission “to improve the quality and productivity of people’s lives.”

To learn more about The AIM Companies™, Click Here. 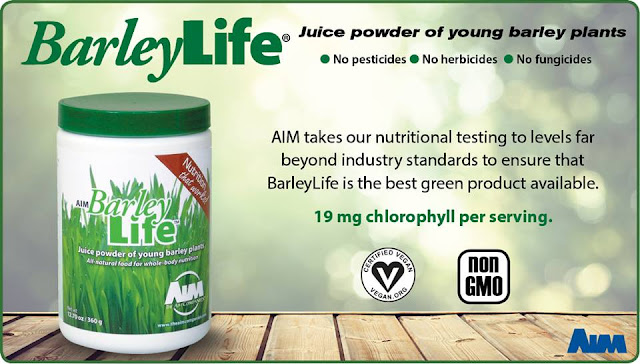