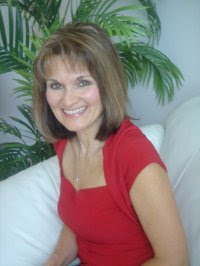 "In November of 1991, we got the shock of our lives. We learned that our son Mark, who had just turned four years, had Acute Lymphocytic Leukemia.

He possibly had this disease only one mouth and was already 90-95 percent contaminated.

Within two days, the doctors administered daily chemotherapy to him. They told us he would need to take chemotherapy everyday for a minimum of 2.5 years.

What despair and heartache we felt at this time!

We had prayed for each one of our four children and now it seemed as if one was being snatched away!

We found we needed God to give us His strength when our own was gone. God was faithful! He encouraged us daily, through His scriptures found in the Bible, as well as through other caring people.

A couple of weeks into Mark’s treatment, a caring person introduced us to the green leaves of barley. We felt this was sent by God to help our son.

In January 1992, green mustaches began to be a part of Mark’s daily regime, as he drank his barley juice! The green leaves of barley gave him the super nutrition he needed, while fighting this aggressive disease.

It also boosted his immune system in such a great way, that he was the only child we knew of (at that time) that never missed chemotherapy because of low blood counts.

A couple of months into his treatment, Mark added Just Carrots and Redibeets with his barley juice. He also took Proancynol 2000 to further fortify his immune system.

We have completed a cancer study as to the possible cause of Mark’s leukemia. We did not receive any answers. However as his parents, we have made some observations ourselves.

Mark would often become ill with bronchitis, which resulted in antibiotic prescriptions.

Mark was also a very constipated child. Since Mark has been taking these products from The AIM Companies, he’s never had bronchitis, even when he was on chemotherapy, everyday for 2.5 years.

Mark is never constipated while taking the barley juice. Sometimes he takes Herbal Fiberblend, especially if he is feeling a little ill, which happens very rarely since AIM came into our lives.

We are so grateful to God and the direction in finding products from The AIM Companies. All six of our family members have a better quality of life by incorporating the Healthy Cell Concept into our lives and by taking these wholesome nutritious products.

Our trips to the doctor’s office, for any of us are very minimal because we use AIM products that specially target the problem. Our desire is to educate and inform others that you too can have a better quality of life." - Janet Breitkreutz, Alberta, Canada

P.S. During Mark’s treatment, Dr. Francisco Contreras of the Oasis of Hope Hospital was consulted. He recommended, along with chemotherapy, Janet should give Mark super nutrition. He said to give him barley grass powder.

For final confirmation, her son's oncologist told her she could give Mark juice powder of young barley plants from The AIM Companies™. For two and a half years, Mark received daily doses of chemo, along with wearing green moustaches, from drinking nutrient-rich barley grass every day.

Every two years Mark goes for a check-up. In a ten-inch stack of paper detailing his medical history is a report that he was on BarleyLife®.

To find out more about this nutrient-dense green powder, Click Here.