"I no longer have an irregular heartbeat." 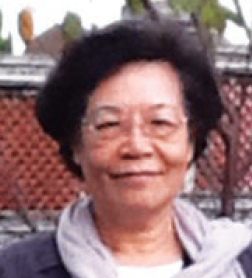 "Over twenty years ago, I had an irregular heartbeat.

My EKG test showed my heartbeats would spike occasionally. Sometimes they almost stopped.

Twenty-four-hour monitoring and a stress test showed nothing was wrong.

One day, I came across an article about coenzyme Q10 (CoQ10), which sparks energy in our cells. It is especially good for the heart, so I started taking CellSparc 360.

I no longer have an irregular heartbeat.

I also had serious gum problems. Every three months, I had to go to the dentist for a deep cleaning that cost me over $300.

Some of the gum tissue had broken down and created pockets because of infection, which also caused a bad smell.

I told the dentist it was impossible for me to keep my teeth and gums clean after I ate, because food particles got stuck in the pockets. He responded that the enzymes in my body would clean them.

Since I started taking CellSparc 360, I no longer have gum problems.

I recommended it to two of my friends with serious gum problems. They took CellSparc 360 three times a day and after only one week, their problems disappeared.

I had tried another brand of CoQ10 with a higher dosage and the price was attractive, but I didn’t feel any difference." - Rachel Chen Lin, Garland, Texas

Testimonials should not be construed as representing results everybody can achieve. CellSparc 360® is not intended to diagnose, treat, cure or prevent any disease. Results may vary per person.